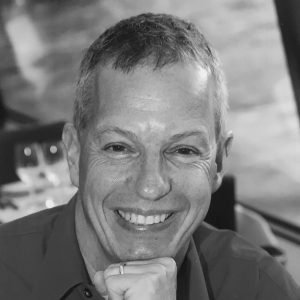 CIBM MRI CHUV-UNIL Section Head, Professor Matthias Stuber of the Department of Medical Radiology at the Lausanne University Hospital (CHUV) and University of Lausanne (UNIL)  was elected as a member of the National Research Council (NRC) Biology and Medicine Division by the Swiss National Science Foundation (SNSF) Executive Committee.

The NRC is the scientific body of the SNSF and plays a central role in the development and quality assurance of research in Switzerland. NRC members are elected based on scientific excellence in their field, insight into disciplines other than their own, experience as evaluators and knowledge in science policy and evaluation science.

Professor Matthias Stuber will serve a four-year term commencing on 1st April 2021 where he will provide his expertise in evaluating research proposals submitted to the SNSF and make funding decisions.

This prestigious appointment is important to the CIBM community as it reconfirms Prof. Stuber’s recognition as a key opinion leader in magnetic resonance imaging.

Matthias Stuber, PhD, is Head of the CIBM MRI CHUV-UNIIL Translational MR Imaging Section. He is  a Full Professor at the University of Lausanne, Switzerland, Visiting Professor at the Johns Hopkins University, Baltimore, MD, USA , and an Invited Chair at Liryc, Bordeaux, France . He studied electrical engineering at the ETH in Zurich where he also obtained his PhD on cardiac MRI in 1997. From 1997-2002 he worked at the Beth Israel Deaconess Medical Center in Boston, MA, United States, both as a clinical scientist for Philips Medical Systems and a Faculty at Harvard Medical School. From 2002-2009, he directed a research team as an NIH-funded principal investigator at Johns Hopkins University Medical School where he advanced to Full Professor and was awarded tenure. In summer 2009, he returned to his native Switzerland. He has authored more than 200 peer-reviewed original articles. Prof. Stuber has received many awards for his research including a “Fellow Award” of the International Society for Magnetic Resonance (ISMRM) at the 2010 annual meeting of the society in Stockholm, Sweden. He served as an elected board member of the ISMRM from 2013-2016. He is past President of the Society for Magnetic Resonance Angiograpy (SMRA, formerly MRA Club  ) that held its annual meeting in 2014 in Rome, Italy. He is also a Fellow and the Immediate Past President of the Society for Cardiovascular Magnetic Resonance (SCMR ).