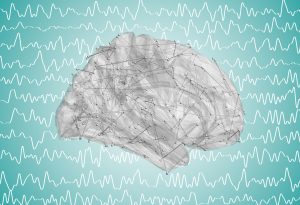 The brain is constituted by an assembly of neuronal populations interconnected by structural pathways. Is it possible to quantify the relationship between this structure and brain functional activity that happens on top of it? Located at the Campus Biotech in Geneva, CIBM research staff scientist Maria Giulia Preti, affiliated to University of Geneva (UNIGE) and the École Polytechnique Fédérale de Lausanne (EPFL), discovered that the degree of decoupling between brain structure and function shows region-specific behavioral specialization in humans.

In particular, she introduced the structural-decoupling index, based on measures of diffusion and functional magnetic resonance imaging, to quantify the structure-function coupling strength across the brain. This revealed that the degree of structure-function coupling varies across the brain along a gradient spanning from areas related to lower-level behavioral functions (for example primary sensory regions) – which appear more coupled with structure – to higher-level cognitive ones (for instance, memory, emotions) – appearing instead more often decoupled. The spatial distribution of this gradient nicely matches other known brain properties (for instance from genetic, functional connectivity and temporal hierarchy studies).

These findings, which have been published in Nature Communications, open new avenues of research to investigate how this structure-function relationship is altered during specific tasks, or by neurological disease or disorder.